My Opinion on Reviews

There is a lot of hype about reviews right now, reviews of movies, reviews of books. Of course no one complains about the good ones. It's the dark, hating, ballistic, passionate reviews everyone talks about. I know I would hate to get one--I haven't, yet. Just three's. Negative reviews would make me cringe into a little ball in the closet with the coat hangers and cry like an infant out of formula. I don't have a hate review yet, but I anticipate getting one (God help my friends.) I actually, in a way, look forward to a negative review.

Why, you ask? If you look at what all great books have in common at some point is controversy. Fifty Shades of Grey, for example, has almost as many 1's and 2's on Amazon reviews as it does 4's and 5's. E. L. James may very well be sad about that, but her bank account isn't. The reason why that book is big is because one herd of people read it, loved it, and another herd of people said WTF??? and they discussed it. Then newcomers heard about the book, discovered the controversy--who doesn't love it--and want to know what's up with all of that? So they bought the book. If someone had just posted really nice reviews, the story probably wouldn't have gone viral in a mad, better-than-Ebola way. People are nosy. They want to know who, what, why, and they want to see for themselves, make their own decision. So people go right ahead and read.

My next short story that will come out is a m/m erotic romance and I'm expecting to get on the spectrum of 1-5 review scores with this one. I'm already bracing for it. One hero is what I like to call a train wreck. He's beautiful, lovable, and his life is holy hell screwed up. His past is holy hell screwed up. People are going to love him or hate him. What I'm hoping is it will spark enough controversy that people will want to see for themselves, and that will lead to sales. Lady Luck usually has a field day when I try to turn something negative into a good thing, so we'll see.

For reviewers out there--you won't know that I'm curled in a fetal position with my friends feeding me I.V. coffee (or tequila if the right friends show up.) You won't read the nasty emails I send my friends about you unless they betray me and put it on their blog--God help them if that happens. You won't know that I've taken stock in Kleenex, either. I don't plan on telling you that because I knew the risk when I went into this. A lot of authors react when they get these reviews, and it's sad. Yes, they're sad. An author works hard to put that book out, be it a 1 or a 5 book. People starved while he/she wrote that book. I know my family does. People lived in utter filth, beat away dust elephants, and watched too many bad cartoons if they're under 5. They probably talked to the back of the author's very angry, disturbed head while he/she wrote that 1/5 book. Husbands/wives probably didn't get sex (or if you write erotica, they got too much sex and they're just as disturbed as the ones that got none--the grass is not greener, folks.) So yes, those authors have a right to be sad.

Do they have a right to express that sadness with the reviewer? I don't think so. You took the chance, putting a part of yourself out there. You knew ahead of time that Twitter, Facebook, Goodreads and Amazon reviews existed. If you've ever gone to Goodreads and read a review, then you should have thought right then and there about your skin and if it was elephant tough or baby tough. Your editor loves you because she/he believes in what you write. Your critique partners love you even though they are mean, nasty and demand blood to go with the sweat. Your family loves you when you're not writing and their house is clean and food is on their table. Reviewers...the don't have to love you, because they paid money for a product, and in an economy where every dollar counts, they have a right to talk about their investment.

Golden Rules: Not everyone is going to love you. Life isn't fair.

I'm going now to prepare my I.V. tubing for the future. But first, a question for you. Do you read the reviews? What do you think of the 1's, the 5's, and what makes you buy (or not buy) a book?
Posted by Unknown at 2:26 PM 6 comments:

Giving away a copy of Exceeding Boundaries to one lucky comment maker!
Posted by Unknown at 12:45 AM No comments:

It's summer, which means the kids are home. No more sending them out the door then writing from 8:30-2:50, when they return from their busy day. Right now I'm being subjected to kid's shows, and not the fun, cool older kid shows. Sesame Street, for Pete's sake. They're 11 and 14, they don't need to watch that crap. I guess it's better than getting a sexual education from Family Guy reruns, but still.

Changes in my personal life have lead to changes in my writing schedule, too, and suddenly, I have found myself with 2 hours of writing time. Meet the girls. Polled Hereford cows, inspecting their new pen mate. 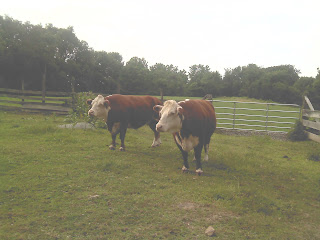 I promise there is more of a horse than that, but there are kids, and kids don't belong on a smut blog. So imagine the rest of him, all orange and beautiful. One hind sock. He's a nice horse.

The coming of the horse means species relations is disrupted. The cows feel he is in charge (he is) he feels he should rule the barn and the cows should find food elsewhere, which hurts the cow's gentle feelings. So the arrival of the horse means, until he has his own shed to rule, he has to be removed from the pen so the girls can eat. The girls are loud, angry cows when they can't eat, and though we live in the country, someone is bound to complain about loud, angry cows.

It beats when they were little and I wrote smut in the Mc Donald's sitting area of the indoor playground.

Where do you find time to read or write in the summer?

Blogging today with Rachel Leigh to celebrate my upcoming release, Spy Games: Trained for Seduction!! She asks some really great questions, so feel free to comment. I'm giving away a copy of Exceeding Boundaries for one lucky person's troubles! http://rachelleighromance.blogspot.com/?zx=30de0916b1372c85 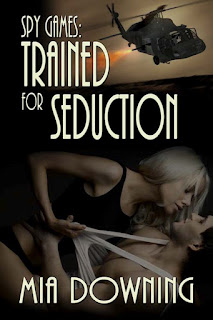 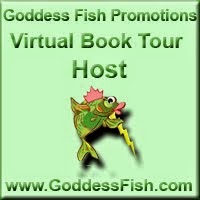