This was a fun book to write. It was actually my first m/m though it didn't release first. I had been asked to write something to fill a spot in a series. I wrote, my editor asked my progress, I informed her it was at 18,000 words. She said, "Good! Wrap it up."

Uh...this wasn't an 18,000 word book, nor was it a 20,000 word book. Somehow, how long she needed for the series had been overlooked in the discussion. So I quickly wrote Ripped and submitted that (still over the required 20,000 words by 2K.)

When I had the idea, I had wanted something I felt comfortable writing about, but I wanted my first hero, Jordan, to be in a position he was uncomfortable with, hence he ended up on a horse. The island setting is purely fictitious but definitely my ideal for paradise.

So, enough about that. Here's the blurb, and I'll do an excerpt so you can get a taste of what you're getting. Enjoy! 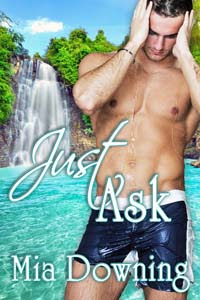 When business mogul Jordan Hill inherits half of Bendura Island Resort, a posh vacation destination in the Fiji Islands, the will demands he release his half uncle's ashes somewhere on the island and that he indulge in a real vacation before he sells. As Jordan is reeling with grief and under good circumstances doesn't do vacations, especially if they include horses and looming volcanoes, he finds himself on uneven footing. The footing turns treacherous as Jordan realizes, for the first time in his life, he's attracted to a man--his new business partner.

For resort entrepreneur Ryan McCale, Bendura Island is a dream come true as well as his livelihood. He was warned Jordan would try to sell sight unseen, and after meeting him, there's no doubt the business shark has dollar signs in his eyes. But there's also vulnerability and desire in that chocolate gaze. Suddenly, Ryan's looking forward to showing Jordan the delights of the island and hoping to convince his new partner Bendura could be his dream, too.

"Then come for five-thirty, dress casual."

There was something biting in Ryan's voice that said if Jordan wore a suit, he was slamming the door in his face. "How casual?"

"Hawaiian print shirt and khaki shorts. Sandals or flip-flops. It's too hot for jeans." Ryan's lips curved into the hint of a naughty smile. "They sell those at the resort shop, too."

"Any certain color for the shirt, or will you allow me to choose that?" Smart ass, tossing the gauntlet like that, assuming he didn't own casual clothes.

A quick mental tour through the suitcase told Jordan that he didn't, which pissed him off. He had stuff for the gym, a swim suit, casual slacks, suits. Which meant another trip to the hell that was the resort shop.

Ryan's gaze thoughtfully slid down and then up Jordan's frame. Jordan's skin heated with a tingle that had nothing to do with the humidity. He shifted, appalled that his cock would stir even just a little as Ryan's perusal ended at his mouth, hesitating there for a nanosecond that Jordan surely read wrong. But stir his dick did, his body obviously okay with being checked out.

Ryan cocked his head, a slow smile spreading across his lips. "Blue. Or Green."

"And if they don't carry one?"

"You're coming to talk to me about selling your portion of the island. It would be wise to humor me if you want me to listen to what you have to say. I can make this deal sit in court for years and years, so if I want you to show up naked, I suggest you do." Ryan's tone was soft, but his eyes glinted with blue steel.

Jordan couldn't remember the last time he'd been given an ultimatum, so this was another fucking first.

The sizzle of anger paled in comparison to the jolt of desire singing along his nerves, one that joined with the fierce need to run right out and buy that blue shirt and khaki shorts.
Posted by Mia Downing at 9:21 AM 1 comment:

And the winner is...
Jbst!
I've sent out an email. Congrats, and thanks to everyone for participating! 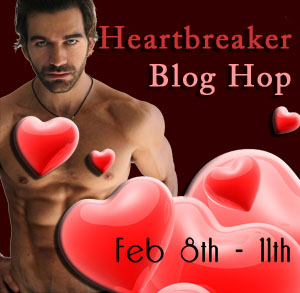 The heartbreaker hero is so fun to read and write! As an author, there's nothing like the guy that a woman can't have. Take one of my heroes from the Spy Games series, Chase Sanders. He's dark and dangerous, all boss, and women want nothing more than to serve at his feet.

His buddy,  Jake Anderson, has a wicked sense of humor and loves to have fun in bed. That doesn't mean he's serious about marriage, though. He's tall, blond and every woman's fantasy because he's the one who will never settle down. He loves women, though. He likes them best tied to his bed and begging for more.

Finally, Aaron Anderson, Jake's younger brother is a unique heartbreaker. He's a movie star, so most of his heartbreaking is done on the big screen, at a distance. He has a few secrets that keep him from becoming a true man whore like his brothers!

I'd love to know who's your favorite heartbreaker hero, and why?

And on to the good stuff!!!! We have THREE grand prizes. You as a reader can go to EACH blog and comment with your email address and be entered to win. Yep, you can enter over 200 times!
Now what are those prizes?

To enter: fill out the Rafflecopter gadget with a comment and your email address. You MUST leave your email in the comments to be considered for the grand prizes!

To continue hopping, go to:  http://carrieannbloghops.blogspot.com/

a Rafflecopter giveaway
Posted by Mia Downing at 9:48 AM 60 comments: