~*~
Today we have Urban Fantasy author, Celia Breslin, chatting about her Tranquilli Bloodline Series and book 1, Haven. And because nothing says Christmas like vampires, she's giving away a copy of the prequel to Haven to two lucky comment leavers! Stay tuned for a glimpse into Celia's day and for a peek at Haven.

~*~
Quick round:
Coffee, tea or…what’s your vice?
I enjoy both, Mia, but consume tea more often than coffee.  Currently, I can’t get enough of Peet’s Christmas Soy Mocha. The peppermint with the chocolate seals the deal on that one.  In the land of teas, I’m quite addicted to Soy Thai Iced Tea and ginger tea.

Favorite Movie:
Mia, you ask all of the tough questions, LOL. My “favorite” movie changes as I view more and more. Here are a few of the current top runners:  The Cabin In the Woods (sidebar:  total Joss Whedon fan right here!); Scott Pilgrim; Hudsucker Proxy; Much Ado About Nothing (the Joss Whedon version).

How do you feel about bacon?
Love it. 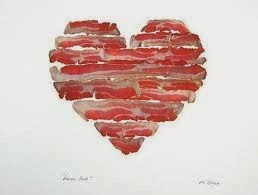 Now For The REAL Questions... 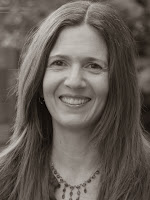 Tell us a little about yourself.
I live on the West coast of the U.S. with my husband, daughter and two feisty cats. I’m Scottish/Irish with a smidge of Italian thrown in there. I have a serious dark chocolate obsession but make up for it with boot camp style workouts. I have a tattoo I designed myself. I write urban fantasy and paranormal romance with a particular preference for vampires and the Fae. My favorite foods are Japanese, Thai, Burmese.

What comes first, plot or characters?
Characters. They arrive like a casting call in my head. We meet, I get their backstory, and then my Muse decides what to do with them.

Tell us about your writing process.
As a full-time mom, I fit in writing and other editorial work around my daughter’s schedule. A typical day during the school year looks like this: Chauffeur child to school, exercise, write, line edit and/or read slush pile for an indie publisher, pick up child, spend evening with family. Rinse, repeat.

Oddest thing on your desk?
Does my cat count?  :-)

What’s your most interesting writing quirk?
I never use verbs…Just Kidding!!  LOL

What’s your favorite thing about the genres you write in?
I have a lot of stories and characters in my head asking for their time in the sun (or moon in the case of my vampires, lol). Nothing beats bringing their paranormal stories to life on the page.

What is the hardest thing about being an author?
I wish I could write 24/7.  But, I have to sleep.

What’s the easiest thing about being an author?
Writing!

What do you wish someone had asked you for an interview question?
I love this question, Mia!

Question:
If you were given the opportunity to meet/have lunch with/pick the brain of one writer in the world, who would it be? (In other words, who makes your Fan Girl brain go *SQUEEE!!!*)

Tell us about your latest release!
I had two releases this year.  My full-length urban fantasy romance, Haven, released in July.  A short prequel, Vampire Code, released on October. Both feature vampires, love…and mayhem. Yes, lots of mayhem!

In Haven: San Francisco club owner Carina Tranquilli receives some unexpected gifts for her twenty-fifth birthday: one hot guy-slash-fated soul mate who happens to be a vampire, three undead family members with a secret agenda and lastly, some crazy powers which is good because some serious bad is coming her way. Seriously, doesn’t anyone send a card these days?

In Vampire Code: Three month’s prior to Haven, Carina suffers a vicious attack by a newly-turned vampire. Jonas The Executioner’s retribution for the lowly spawn’s code violation is swift and brutal, and merely the beginning of his vengeance. Fineas, the uninitiated newling’s maker, has committed the greater offense. And Jonas intends to make him suffer. 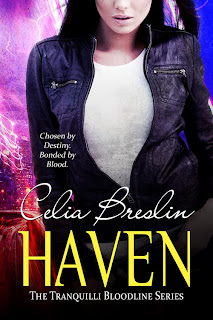 San Francisco nightclub owner Carina Tranquilli works hard, plays hard, and never allows the death of her parents and her twelve-year memory gap to get her down. But her life takes a left turn when a witch attacks her on her twenty-fifth birthday.

Three hauntingly familiar vampires emerge to reveal she possesses a latent power. To protect her from their enemies, they admit to wiping her memories clean and abandoning her as a child, but now they need her help. As she struggles to evade her new protectors and even newer enemies, she meets Alexander, an enigmatic, undead musician. Insta-lust flares, leaving her wanting more.

With evil’s minions hounding her every move, and everything she thought she knew turned on its head, Carina must harness her burgeoning power, unravel her vampire family’s web of deceit, and fight to have a love life...without getting killed in the process.

His smoky blue eyes bled to black and his power pushed at me, hot and hard, causing a response inside me, like a rumbling volcano deep in my core. My eyes widened. Was this the power my family had mentioned? No longer dormant and infinitely more intense than a little static electricity in my palms.

Alexander crushed his lips to mine. Need roared through me leaving me breathless with edgy hunger.

My hands burrowed into his thick, silky hair, holding his head as if he might try to escape. He growled his approval against my lips, his kiss growing more insistent. His tongue explored my mouth. He tasted metallic, like the blood he’d consumed. Again, I found I liked the taste. My tongue danced with his and delved into his mouth, searching for more penny metal flavor. He groaned and tightened his embrace.

I thought we’d devour each other forever, but Alexander stiffened and his head snapped up. His eyes glinted black as night, wild with lust and...aggression? He bared his teeth in a snarl, canines morphing into fangs.

Vampires for Christmas! Comment to win an e-book copy of Vampire Code, the short prequel to Haven. When a naughty newbie vampire injures Carina, it’s left to her mentor and protector Jonas The Executioner to punish the offender and his maker. Code Breakers beware…

What to comment: What’s your favorite preternatural creature? Favorite vampire in TV, film or print? Or, simply say hello.

Thanks for stopping by!
Posted by Mia Downing at 1:00 AM

Hi Mia,
Thanks for having me over for a visit today. Happy Holidays! :)
Celia

That's a tough question, but I'll have to go with vampires. I find them endlessly sensual and fascinating. The fae are a close second, just because there's so many directions one can go; the fae are, in the old myths, so primal and dark. And shapeshifters/were-creatures are interesting too. But vampires are the most fun to write for me :)

Hi Shauna,
Thanks for chiming in on that one. Vampires and the Fae are tied for the top spot in my heart right now. I'm working on the second book in the vampire series and also finishing up a paranormal romance about a cursed Fae warrior. :)

My favorite is the Vampire! I love the dangerous, heart pumping, sexy, steamy, men vampires. The ones like Dracula from Bram Stoker who could make you scared and hot and bothered at the same time. The ones who are damaged but LOVE saves them! I love them! I would like to read this book! Thanks and good luck to everyone:) Emily

Zsadist from the BDB series

HI BN!
Nice to see you here. Oh yes, Zsadist is one of my favorite brothers. I like Wrath a lot, too. I'm currently *finally* reading Tohrment's book. Yay. My TBR pile is too big!

Hi Everyone! Hm, I thought I posted the winners here already, oops, but let's try again... the tech gods at random.org have spoken: the winners are BN and Emily, congrats! (And they already have their prezzies). Happy Holidays to one and all. :-)