Nothing Like The Art Of Love And Murder! #contest #suspense #TWRP

Today I have fellow The Wild Rose Press Author, Brenda Whiteside! She's chatting about her newest release, The Art of Love And Murder. She also has a $25 Amazon gift card up for grabs. Enjoy!

Mia, thank you so much for having me on your fun blog. I hope all of your readers will take the time to enter my rafflecopter giveaway of a $25 Amazon Gift Card. There are several ways to enter. Okay, let’s have fun!

Coffee, tea or…what’s your vice?
Boring but it’s coffee – so strong that no one else in my family will drink what I make.

How do you feel about bacon? Unhealthy, empty calories, too much sodium – but ever so often I have to have a BLT.

Tell us a little about yourself. 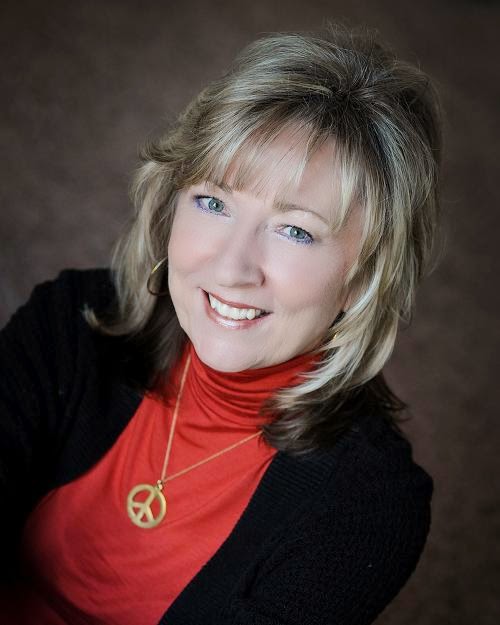 In my first life, I thought I’d be an artist. Instead, I married too young to a guy in the army. Thanks to those years, I got hooked on moving around and we spent many years like gypsies. Somewhere along the way I took a creative writing class and put my paint brushes away. We’ve finally settled down on the northern
prairies of Arizona. We share our rambling farmhouse with our son the farmer, his wife, my granddaughter and three dogs. Together, we’ve embraced an age-old lifestyle that has been mostly lost in the United States - multiple generations living under one roof, who share the workload, follow their individual dreams and reap the benefits of combined talents. When I’m not writing, I might be weeding the garlic, harvesting cucumbers or picking blackberries.

What’s under your bed?
Computer paper, Christmas place mats and a framed picture of my husband’s great grandfather that is very scary. Seriously. My husband and our son are the last of the Whiteside men so we are blessed with the picture. It’s best left under the bed.

What comes first, plot or characters?
Characters and they help me come up with the plot.

Oddest thing on your desk?
A thimble made of seal fur that my sister sent me when she worked in Alaska many years ago.

What’s your favorite thing about the genre you write in?
I’m writing a romantic suspense series and I’ve found I love writing the villain. What most surprised me about me is that I can really get into the head of these villains.

What is the hardest thing about being an author?
Selling yourself and your books. Promotion is so much a part of an author’s career these days. In most cases, it goes against an author’s basic makeup. It’s a lonely profession, creating stories that leave us naked and then we have to expose ourselves! But how else will anyone know we have novels to offer for the entertainment of the masses?

Tell us about your latest release!
I’m getting great reviews for The Art of Love and Murder, book one in my Love and Murder Series. Lacy Dahl, prompted by her daughter, sets out to research some art left by her birth parents who died in an airplane crash when she was an infant. She goes to Flagstaff, Arizona armed with the sketches and visits a step-aunt, an art gallery and a museum. Those visits lead to a collector of the artist’s work and an old friend of her birth mother.  Everyone appears to be holding back some truth. And from her first night in town when she is followed down a dark alley, danger lurks, but she doesn’t know why. When a Paul Bunyan of a man who happens to be the sheriff, comes to her aid, the mystery gets even murkier. His ties to a murder and the art may or may not hinder their relationship. Lacy finds herself discovering secrets and lies that threaten her life.

Blurb for The Art of Love and Murder: 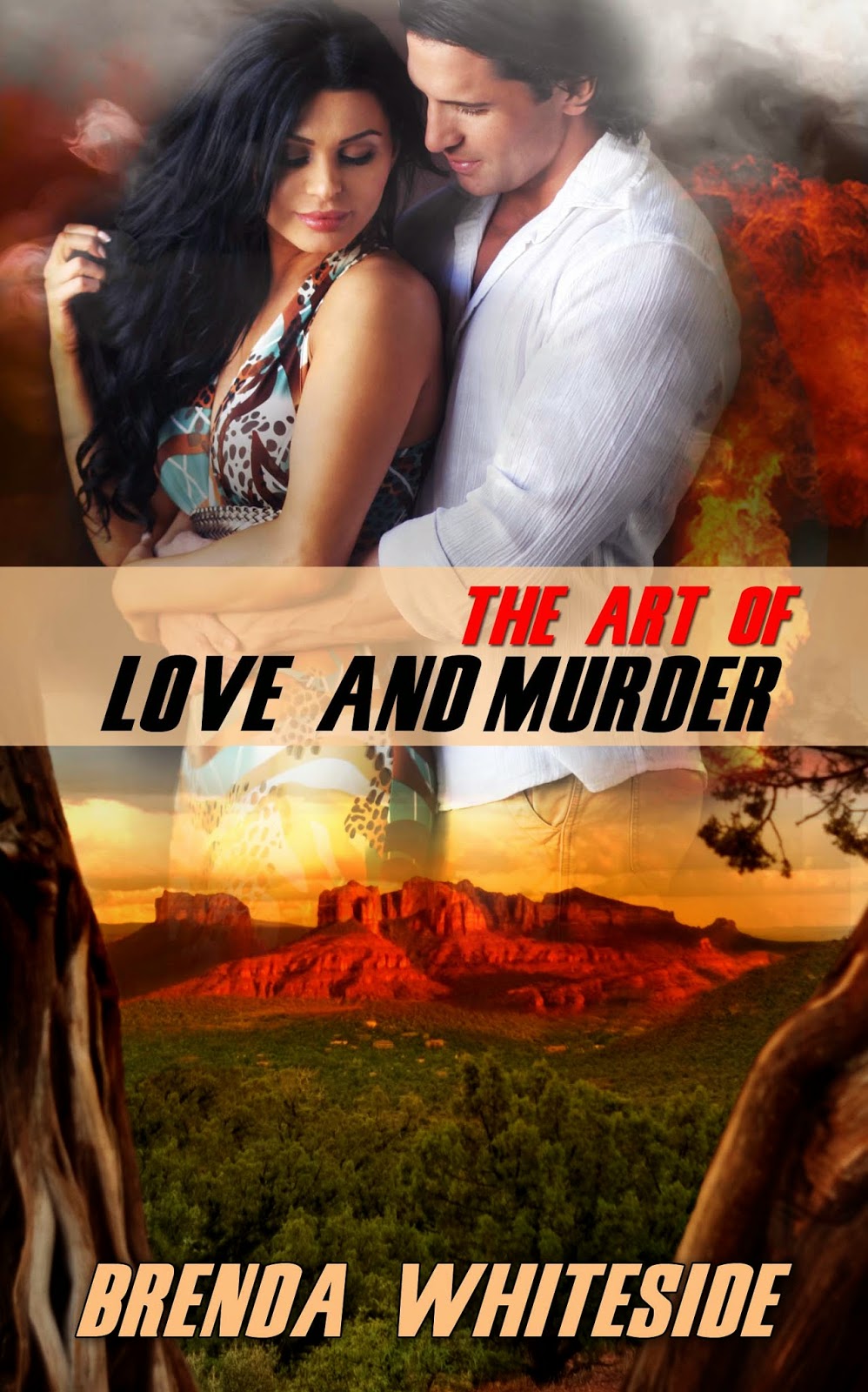 Lacy Dahl never questioned her past until the deaths of her adoptive parents and her husband. A husband who wasn't what he seemed. Her research uncovers secrets about the mother she never knew; secrets that dispute the identity of her father and threaten her life.

Sheriff Chance Meadowlark is still haunted by the murder of his wife and the revenge he unleashed in the name of justice. When he meets Lacy he is determined not to become involved, but their pasts may make that impossible. As they move closer to the truth, saving Lacy may be his only salvation.

Lacy begins to think the present is more important than her past...until Chance's connection to her mother and a murder spin her deeper into danger and further from love. Will the truth destroy Lacy and Chance or will it be the answer that frees them?

Excerpt from The Art of Love and Murder...
Momentarily struck dumb by his eye color, she stared back. Why hadn’t she noticed until now? Although not as light as hers or her father’s, the professor’s eyes were a startling green shade.
His hand nudged her arm. “Lacy?”
She jumped. “Oh, yes.” She slipped the tissue from the half-carved wolf. Another glance at his eyes and goose bumps riddled her arms.
He lifted the wood close to his face, using both hands as if handling a delicate hummingbird. His thumb traced the neck of the creature to the juncture of where it emerged from the wood. When he brought the piece to his nose, closing his eyes and breathing deeply, Lacy wanted to turn away from the oddly erotic gesture.
He swallowed, opened his eyes and set the wolf back on the tissue. His attention shifted to the photograph of the chest. He touched the photo, a smile on his lips. “Where is the chest?”
The chest. Like he knew it, had seen it before. “I’m having it sent. You’ve seen it before?”
He didn’t move, stared out the window as if deep in thought. “I’d like to show you something, Lacy.”
“All right.” She waited, watching his profile.
He turned and stared into her face a moment. “You’re so very lovely. A creation full of life and passion, surpassing any art form.”
His hypnotic voice floated on the classical strains drifting from the living room. She couldn’t speak. Didn’t know what to say. She’d been lifted upon a pedestal of admiration. With any other man, she might consider his words a means to a sexual end. The professor’s intentions, however, were crystal. He admired her like a work of art.

Partake in the Rafflecopter options to be entered in a raffle for a $25 gift card from Amazon!

Thanks for stopping by!
Posted by Mia Downing at 1:00 AM

What a pleasure to be here. This interview was so much fun, Mia.

Interesting list of likes...my favorite movie (aside from Gone with the Wind) is Dirty Dancing too. Love that film!

It is just so romantic, isn't it, Karen? And I loved the dancing!

glad I surfed in from another site. your book sounds really good.
JWIsley@aol.com

I'm glad you did too, Joye. Thanks!

I remember picking blackberries as a child. My mother would bake them in a blackberry and apple pie. yum.
Great interview. Thanks