Favorite Movie: While You Were Sleeping

Favorite book/author:  Chain Lightning by Elizabeth Lowell (an oldie from the early 1990s but a goodie)

How do you feel about bacon?  It’s a love/hate relationship. I love it, but I hate the way it sticks to my hips and ass.

Tell us a little about yourself.

I’m a grandmother to three beautiful girls and two handsome boys. I’m retired from the “outside” world and do my best to write 4-6 hrs a day/five days a week. However, “retired” also seems to be synonymous with … grandmas not busy she can do it!

I’ve been writing since the early 1990s and my first book was published in 1996. After a semi-amiable divorce, I had to give up writing for a while to actually support myself. I sold my second book in 2007 and haven’t looked back since.

I currently write for four different publishers. The Muse is my 16th published book. Book 17, Home is Where the Hunk is (a secret baby book with a twist) came out on the 22nd of this month and #18, Dream Lover, the fifth novella in my Golden Decade of Rock and Roll series, comes out on December 17th. I also have 4 releases set for early next year. 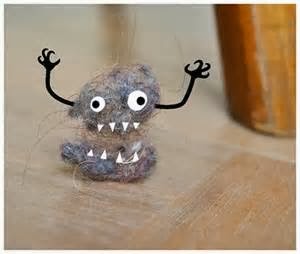 What’s under your bed?

There’s something under my bed? Yikes! Oh wait, those are just dust bunnies. Nothing to be afraid of.
What comes first, plot or characters?

Characters. I get a vision in my weirdly wired brain of a hero or a heroine and I think, “What could I do with this person that would make a good story?”

Plotter, at least for the outline of the book. I get that character in my head, decide what type of love interest would work best, jot down some ideas for story arcs, and then create a rough outline. I tweak as I go along. Then, once the book is done, I write a synopsis. I approach the synopsis like a student might do a book report. This works better for me than feeling like I have to write the book to fit the synopsis.

Oddest thing on your desk?

It might seem odd to anyone but me, but it’s a prop Daily Planet coffee mug from the set of the mid-1990’s show Lois and Clark, New Adventures of Superman. If you want a quick class in writing sexual tension … watch the reruns or download the series.

What’s your most interesting writing quirk?

Probably that I have to work on more than one thing at a time. It stifles my creativity to concentrate on just one project. I have to move from one story to another to keep the juices flowing.

What’s your favorite thing about the genre you write in?

The inevitable happy ending. Also the friendships I’ve made through writing, both with other writers and with readers. Romance authors and readers are the most upbeat and supportive people out there.

What is the hardest thing about being an author?

Deadlines and not enough time. Or, and this is my biggest fear … thinking of something that would have been PERFECT in your story the day after you’ve turned in the final galley.

What’s the easiest thing about being an author?

When someone asks, “What do you do?” being able to say, “I’m a published romance author.”  Sometimes the look on their faces is worth all those “hard” things.

What do you wish someone had asked you for an interview question? Here’s your chance to get the soap box out!

I’ve only been asked this once, but I got such a kick out of it, I wish more people would ask.

What’s the strangest writing-related experience you’ve had since being published?

I was scheduled to sign at a library fundraising event. There were about a half dozen local authors scheduled to be there. I lived nearly an hour’s drive away and ran into some traffic so I was running late.

I’d just arrived and was standing near my assigned table talking with the librarian (probably apologizing for being tardy), when I saw two women looking at my book and trying to decide if they wanted to buy it. Suddenly, out of nowhere, a third woman appeared. She sat down in MY seat, began talking up the book to the two ladies, and offered to autograph “her” book for them if they decided to buy it.

The librarian and I just stood there in stunned silence while one of the women handed her the book and said, “Please make it out to Susan.” The imposter then proceeded to write a small passage and sign my name.

As discreetly as she could, the librarian led the fake me away. I sat down at the table, apologized to the two customers, and signed a second book. I’m not sure what happened to the imposter but most likely the librarian asked her to leave.

The Muse is the story of Susan Leland, a Hyde Park debutante raised in the lap of luxury. Despite her privileged upbringing, Susan is a very down-to-earth young lady. While she’s not a virgin, she is inexperienced. She’s also curious about her own sexuality. It’s the mid-1920s and everywhere you look there’s decadence. Susan wants some of the excitement for herself … just to see what she’s missing.

A chance meeting with artist Evan Forrester, a man she’d injured in a car accident months before, sets Susan on a course of self-discovery. When she gets the chance to pose for Evan, she finds herself caught – quite literally – between the artist and the singer. And, enjoying every minute of it. 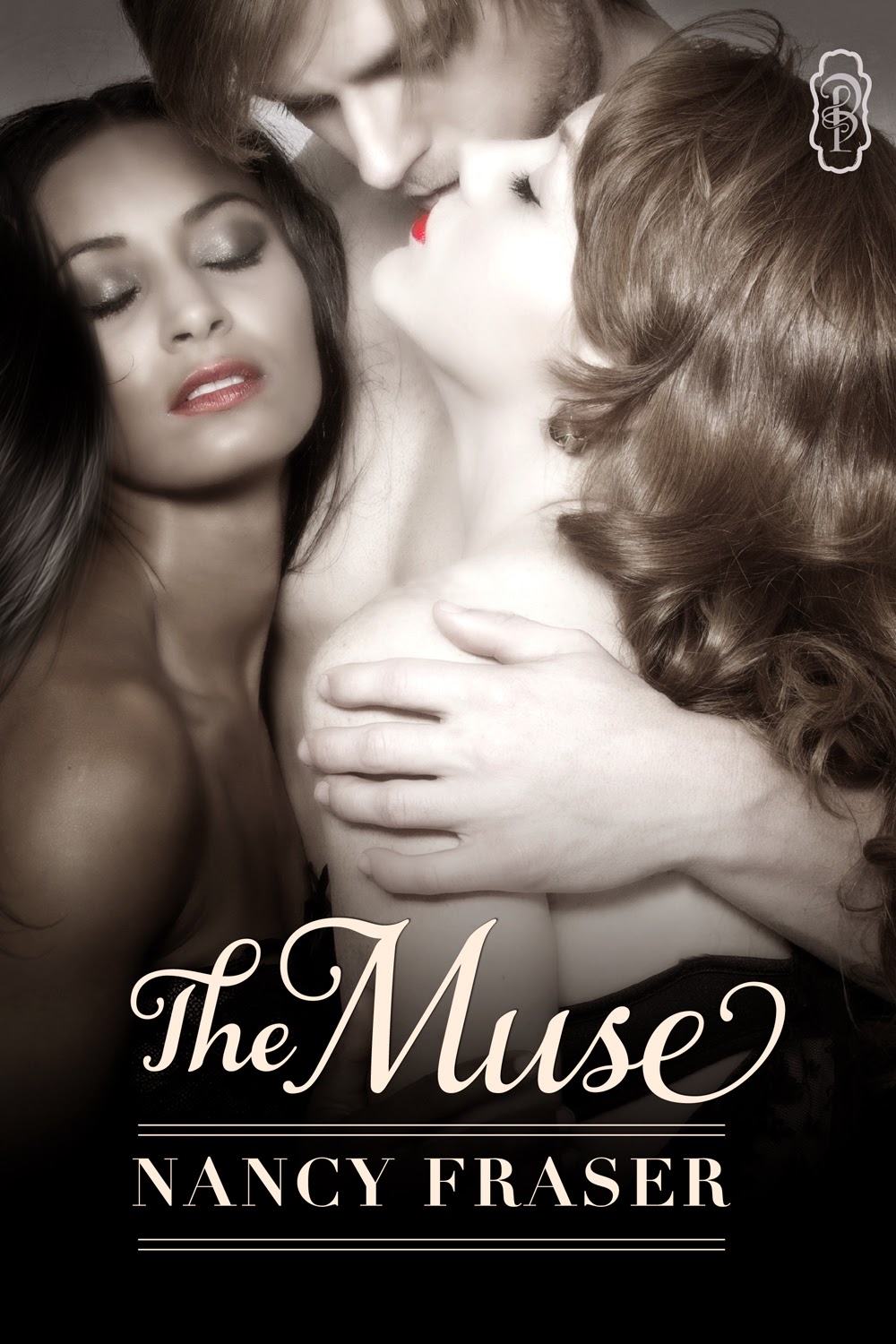 Blurb for The Muse...
Privileged Hyde Park socialite, Susan Leland, wants more from life than being a rich man’s daughter. She wants excitement, daring, but most of all, she wants to explore her sexuality. A chance meeting with artist Evan Forrester, a man she’d met purely by ‘accident’ months earlier, leads Susan on a journey of sensual discovery that not only includes the handsome Evan, but also sultry torch singer, Holly Winters. Together, the singer and the artist uncover Susan’s utmost desires and unleash her inner vamp.

Excerpt for The Muse...
Susan Leland handed her fox stole to the scantily dressed coat-check girl, took possession of the claim stub, and tucked it into her clutch. Off in the distance, she heard the smooth tones of jazz music, the clink and clatter of fine china and fancy glassware, the raucous laughter of the well-heeled patrons as they dined in elegance and gossiped about their friends and neighbors.

“No, but Mr. Carlson arrived a few moments ago. I seated him at your usual spot.”

Susan wound her way through the richly adorned tables until she reached the far side of the large stage. “Hello, Steven.”

Steven Carlson stood, captured Susan’s hand in his, pressed a quick kiss to her fingertips and then waited while she accepted the chair Andre pulled out for her.

“Thank you. You’re pretty well turned out yourself, for someone who’s spent his entire day behind a desk, pushing a pencil over some stuffy legal papers.”

“It’s called a job, Susan,” Steven replied sarcastically. “You should try it some time.”

“I do work,” she insisted. “I volunteer three days a month at the home for the aged. And, I’m thinking about writing a book, a tawdry little novel about a woman who falls in love with an absolute cad. I’ll call him Steven.” Not expecting a response, she glanced toward the door and asked, “Any idea how long we’ll have to wait for Will this evening?”

Steven turned as she had, scanning the large dining room. “Knowing Will, it’s likely he’s just now leaving his friend’s apartment on the north side.”

She settled back into her chair. The revelation that the young man she’d known since their teenage years had been hiding a huge secret from her sat uncomfortably on her shoulders. “Is he doing all right since his family turned him out?”

“He’s doing fine. Justin is a good man and won’t let any harm come to Will.”

For as long as their illicit liaison lasts. Susan pursed her lips, holding in the first thought that came to mind.

Like most authors, Nancy Fraser began writing at an early age, usually on the walls and with crayons or, heaven forbid, permanent markers. Her love of writing often made her the English teacher’s pet, which, of course, resulted in a whole lot of teasing. Still, it was worth it.

When not writing (which is almost never), Nancy dotes on her five beautiful grandchildren and looks forward to traveling and reading when time permits. Nancy lives in Atlantic Canada where she enjoys the relaxed pace and colorful people.

Connect with Nancy on the Web

I enjoyed the interview.

What fun to learn more about you, Nancy. You really are a prolific writer! Best wishes on your newest venture.

(my comment disappeared, trying again) I enjoyed learning more about you, Nancy. Wow, are you ever prolific. Best wishes on your newest release.

YEAH! Why can't the bacon just give the boobs some love? Always the lower regions darnit. Looking forward to reading this book Nancy!

Loved your story about the library signing. How crazy! And it was good to hear someone mention "While You Were Sleeping." That was a great movie!

Thanks everyone for the comments. Diane, like you I also posted a "Thank You" earlier this morning (around 10:30 a.m.) and mine is not there either. Well, here's my "thank you for hosting my blog" a second time. Hope this works.

Okay, maybe this explains it. This morning when I posted, I didn't get the "prove you're not a robot thingy" like I did just now. I guess the first one didn't go through. Good luck to everyone in the Rafflecopter draw.

Nancy: Your book sounds intriguing, to say the least! Best of luck and may no more imposters sneak into your signings!

I love the interview. I feel you on the bacon LOL